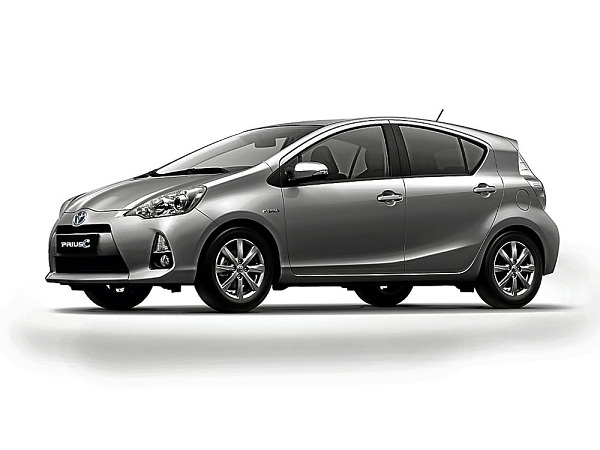 Toyota Philippines has unveiled the Prius C in the market. And with prices starting at PhP 1.475 million, going green won’t necessarily meaning breaking the bank.

The larger, 3rd-generation Prius costs more than PhP 2 million, which has probably turned off green-minded individuals in the country to go for cheaper alternatives. As such, sub 1-million subcompacts have proliferated, and city streets are teeming with the Toyota Vios, Honda City and Hyundai Accent, along with a host of other ultra-compact cars.

Powered by a 1.5 L 1NZ-FXE VVT-i engine (similar to the Vios), the Prius C is likewise powered by a Hybrid Synergy Drive electric motor, which accurately adjusts output from the gas-fed engine and electric motor, depending on driving conditions, while minimizing consumption. The car’s regenerative braking system and exhaust gas recirculation system adds to efficiency, charging the batteries while the car is running.

It’s not as cheap as other subcompacts would be. The Prius C starts at PhP 1.475 million for the Standard and PhP 1.540 for the Full variant. For this price, you could buy a pickup-based SUV like the Montero Sport or Fortuner. But if you want fuel savings, and if you want to contribute to saving the Earth, then the Prius C would be a smart choice.