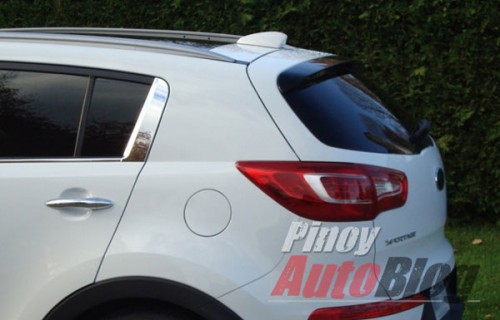 As for the vortex generator, yes, it looks kinda cool on your jalopy; but with merely double sided tape holding that thing, it’s a certainty that its gonna fly off once you reach 200kph — which you won’t be able to do anyway because you are not driving an Evo! But it does and will eventually fall off while you drive — and that could be quite embarrassing.

Automotive fads come and go and like the fads of yesteryear such as Altezza lights, 7 color chromallusion paint, Lambo doors, Airbrush art, Phat chrome wheels, these too shall fade, and not soon enough, we hope.